Prepaid debit card scams are becoming the new choice for scam artist looking to target those who are easily taken advantage of, such as the elderly and immigrant communities. There are many ways in which these scam operations are being completed, but they mainly involve threatening phone calls from “companies” 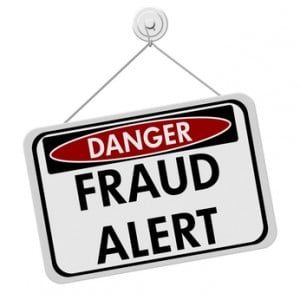 whom the victim’s currently utilize, such as electric companies and even calls from the ”city”. The calls, however, are in fact from no such entity; instead, they are from the scam artists looking to make a quick buck.

Just last month here in Vegas, I received a call from the “sheriffs office.  The man on the line sounded official.  He had some basic info about me (probably found online),  they said they were giving me a courtesy call before a warrant was issued for my arrest.   According to this “officer” I was caught speeding and had missed a court date.

At first i was panicked. I thought they had me.  Sometimes the 215 is just so open, and i might go a TAD over the speed limit.  Then he told me I could take care of the ticket over the phone using my debit card. I told him I don’t have one, but I had my credit card.  He said he couldn’t accept my credit card.  First off, who doesn’t accept credit cards as payment?  That made the panic leave me.  I smelled a scam. So while he kept talking I logged in and found this article Las Vegas Police Officer Scam Calls.   Everything this women went thru, I was experiencing.  Only lucky me, I didn’t get scammed out of any of my hard earned money!

But boy did I feel foolish!  But I cut him off mid-sentence, and started reading to him from the article and he hung up!  Surprise surprise!

But that made me curious, why did he just want to take a debit card? Why not a credit card and that’s what prompted me to write this article.

What are prepaid debt cards?

Prepaid debit cards are loadable and re-loadable cards in which a consumer may purchase from most retail stores, in which the consumer loads any certain amount of money he/she wants to, and then uses the card like an average debit or credit card to make point of sale purchases, online purchases, or purchases over the phone.

Usually, the experience people have with prepaid debit cards is a positive one, and many people without bank accounts utilize these cards most frequently. They are a great option for people who have no other method of ‘plastic’ payment, and they can be extremely useful for things cash just cannot accomplish – like making hotel reservations over the phone, or reserving a rental car.

How the scam works

Scammers have gotten smarter in terms of the methodology required for stealing prepaid card numbers and the funds associated with these cards, because they have developed a system as to whom,specifically, to target. Most elderly populations are not too technologically savvy, and therefore don’t truly understand the dangers and risks associated with giving out card numbers over the phone when they believe the person calling and demanding payments be made is legitimate.

The process these scam artists are using varies, but a lot of the attempts at this type of theft is done over the phone. These scammers somehow compile lists of names and phone numbers belonging to the elderly community and the immigrant communities, and place phone calls, claiming they are from real, legitimate companies and that the victim must be x amount of dollars or be fined, put in jail, or both, and they use these methods as a scare tactic. Some of these people being targeted do place phone calls to the authorities when something ‘just doesn’t feel right’, and others end up a victim to the scammers crime.

They have the victim purchase a prepaid card, loaded with x amount of funds, and demand the victim gives them the card number over the phone. After having done so, the victims end up penniless as the scammers take everything which was loaded onto the card and run, never to be heard from again. Then, it’s on to the next target victim.

What can a victim do?

Not much.  If you are using your bank debit card, there maybe a way to get all or most of your money back.  But most debit card companies don’t offer fraud protection.  So if you give a scam artist your debit card number, and they take your money.  There isn’t much you can do to get it back!

In a world where many things such as card fraud exist, it’s important to spread as much awareness as possible.  Prepaid debit cards can be a wonderful, helpful option for many. But because they offer so little fraud protection, scam artist are finding them to be the best way to get money out of people quickly and disappear without a trace!

Education is key, and sharing info is key!  If you found this article helpful, I hope you will share it!